Printing the Civil War: Representation and Commemoration During and After the Conflict
Spring, 2017

An exhibit of rare books from the holdings of Special Collections, James E. Walker Library 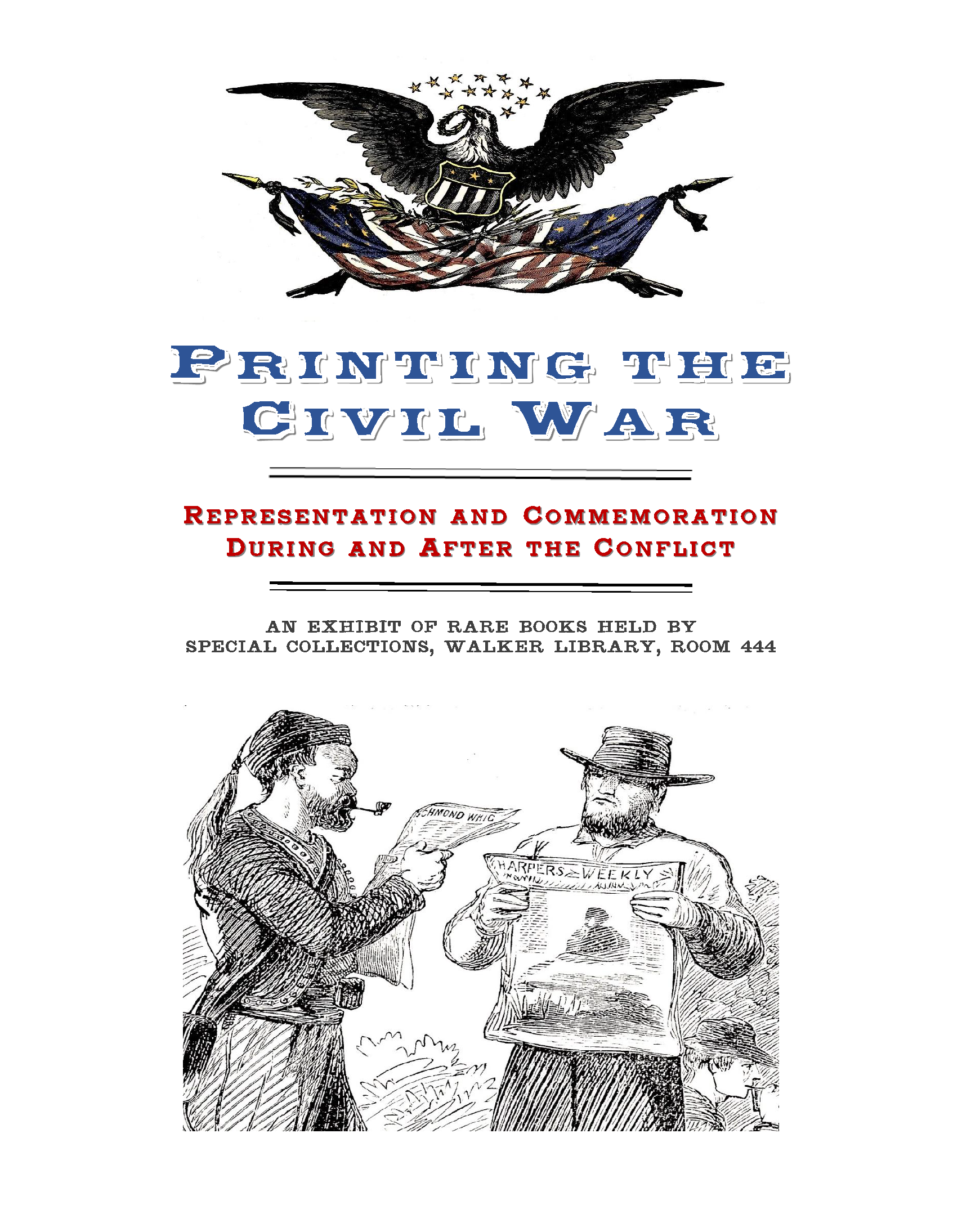 “Literary” representations of the American Civil War encompass such works as Stephen Crane’s novel, The Red Badge of Courage, Ambrose Bierce’s “Incident at Owl Creek Bridge” and other short fiction, and John William De Forest’s novel, Miss Ravenel’s Conversion from Secession to Loyalty. Yet during and long after the conflict, the War generated myriad forms of writing and publishing, as the items displayed here suggest. During the War, Harper’s Weekly provided extensive coverage of the conflict in stories and engraved illustrations. It was the most widely read journal of the time, but Harper’s was in close competition with Frank Leslie’s Illustrated Newspaper, which offered similar coverage in words and pictures. In the years immediately following the War and into the early twentieth century, a steady stream of memoirs, reminiscences, and regimental histories were written and published by enlisted men and officers and these represented the wartime experiences of both Union and Confederate soldiers. American readers could also buy books that provided detailed accounts of campaigns and major battles as well as biographies of key generals written by journalists, combatants, and early historians of the War. And the federal government issued various reports on battles, military expenses, sanitary conditions, wartime controversies, and other matters.