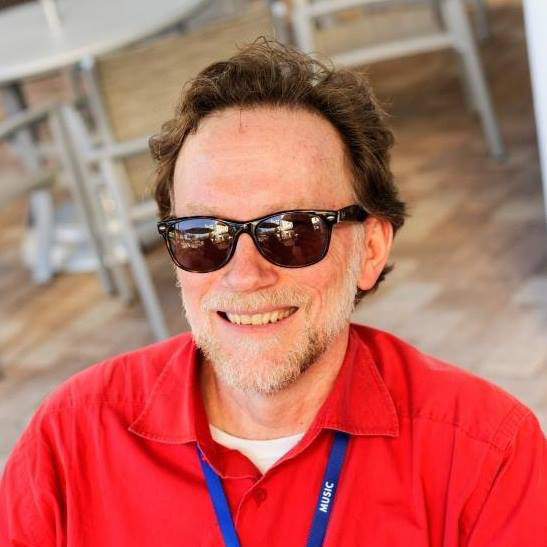 Grover Baker began working in music libraries at Belmont University in 1995 (Music Services/Education Services Assistant), and was the Librarian at MTSU’s Center for Popular Music from 2006-2013, prior to taking his current position as Visual and Performing Arts Librarian in the James E. Walker Library. In this role he serves as liaison to the School of Music and the Departments of Art, Theatre and Dance, and Recording Industry, providing reference service, bibliographic instruction, and collection development in each of these areas.

Grover earned his B.M. in Church Music from Belmont University and an M.C.M., with a second major in conducting, from The Southern Baptist Theological Seminary. His areas of performance include voice, piano, and trumpet. He earned his M.S. in Information Sciences from the University of Tennessee at Knoxville.

Mr. Baker has published articles in Music Reference Services Quarterly and Tennessee Libraries and coauthored the “Mainstream Popular Music” chapter in the 4th edition of A Basic Music Library: Essential Scores and Sound Recordings. He is an active member of the Music Library Association (MLA) and its Southeast chapter (SEMLA). One of his principal areas of interest is providing instruction in music librarianship for other librarians and paraprofessionals who have music responsibilities but who may not be trained in those areas or who may not even be musicians. In conjunction with SEMLA, he has organized several day-long workshops at universities throughout the Southeast, including Duke University, Vanderbilt University, Louisiana State University, the University of Alabama, and Tulane University, among others. Included in each workshop are courses on cataloging music materials, developing music collections, and providing music reference.

An active church musician, Grover sings in his church choir, occasionally serving as baritone soloist. He regularly plays piano in services and performs with his church’s brass ensemble.

The profile picture at left was taken by Gerry Szymanski.