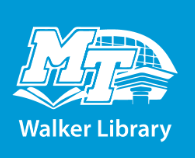 Review of:  Mitigation Resources, from the National Building Museum.  Accessible via URL:  http://www.nbm.org/exhibitions-collections/related-exhibition-resources/designing-for-disaster/mitigation-resources.html

Review of:  Council on Tall Buildings and Urban Habitats.  Accessible via URL:  http://www.ctbuh.org

Review of:  Hamilton, Geoff.  Encyclopedia of Contemporary Writers and Their Work.  Facts on File.  2010.

Review of: Stirling, Dale A. Biomedical Organizations: A Worldwide Guide to Position Documents.

Review of: Kennedy, X. J. The Longman Dictionary of Literary Terms: Vocabulary for the Informed

Review of: The Atlas of the Body. Accessible via URL: http://www.amaassn.

Review of: Fitzgerald, Carol. The Rivers of America: A Descriptive Bibliography: Including

Biographies of the Authors, Illustrators, and Editors.

Review of: The On-line Books Page. Accessible via URL: http://www.cs.cum.edu/book.html

Review of: Harding, Les. Dead Countries of the Nineteenth and Twentieth Centuries: Aden to Zululand.

Review of: Barfield, Thomas, ed. The Dictionary of Anthropology. Blackwell, 1997.

[S1]List works in development, & works submitted for publication and the status of those works.

[S2]Research and creative activities go here. Service presentations should be included under Service. Use a standard format (APA, MLA, etc.)..

If implication of the meeting is not reflected in the title, please explain (e.g., a local or regional meeting may have national significance).