The National Child Labor Committee Collection Lewis Hine (1874-1940) documented working and living conditions of children in the United States between 1908 and 1924. The NCLC photos are useful for the study of labor, reform movements, children, working class families, education, public health, urban and rural housing conditions, and industrial and agricultural sites.

Women and Social Movements in the United States More than 100 "document projects" organize primary sources around specific questions, such as "How Did Texas Women Win Partial Suffrage in a One-Party Southern State in 1918?"

Wright Brothers Negatives (Library of Congress) This collection includes 200 images from 1900 to 1911 document their successes and failures in testing their new flying machines.

Chronicling America (Library of Congress) View content from historic newspapers pages from 1836-1922 or use the U.S. Newspaper Directory to find information about American newspapers published between 1690-present.

Fire Insurance Maps (Library of Congress) offers pre-1923 full color maps of towns and cities in more than 25 states (but not Tennessee), as well as a guide for interpreting the maps. 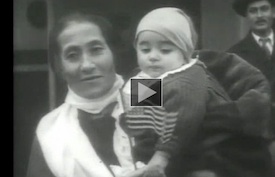