LATINO AMERICANS is a landmark three-part, six-hour documentary series that aired nationally on PBS in the fall of 2013.

It is the first major documentary series for television to chronicle the rich and varied history and experiences of Latinos, who have helped shape the United States over the last 500-plus years and have become, with more than 50 million people, the largest minority group in the U.S.

Watch the documentary on Kanopy

In Oaxaca, chocolate is more than history. It signifies the binding of a pueblo to its roots and to the belief that the divine (sacred)purifies, gives new force to, and celebrates life.  Read more about chocolate in Oaxaca al gusto, an infinite gastronomy [electronic resource] / Diana Kennedy.

Voices in the kitchen: views of food and the world from working class Mexican and Mexican American women - Merecith Abarca 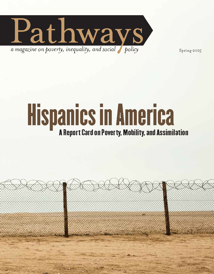 Generously supported by The Elfenworks Foundation

Click here for the full PDF of the Spring 2015 Issue.